Milestones of a successful story

How it all started…

…Ralf Tebartz, one of the later CamperClean company founders, drove for the first time the caravan on vacation. He was totally surprised and horrified about the manual disposal facilities for chemical toilets. From then on he thought about improvement of the disposal possibilities. Together with his brother Peter he worked on a technical solution to the problem. At the same time, they analyzed the profitability of such a technical solution. Already in the context of these initial technical considerations, the two were also looking for a sanitary concentrate that works without chemicals and is therefore environmentally friendly. 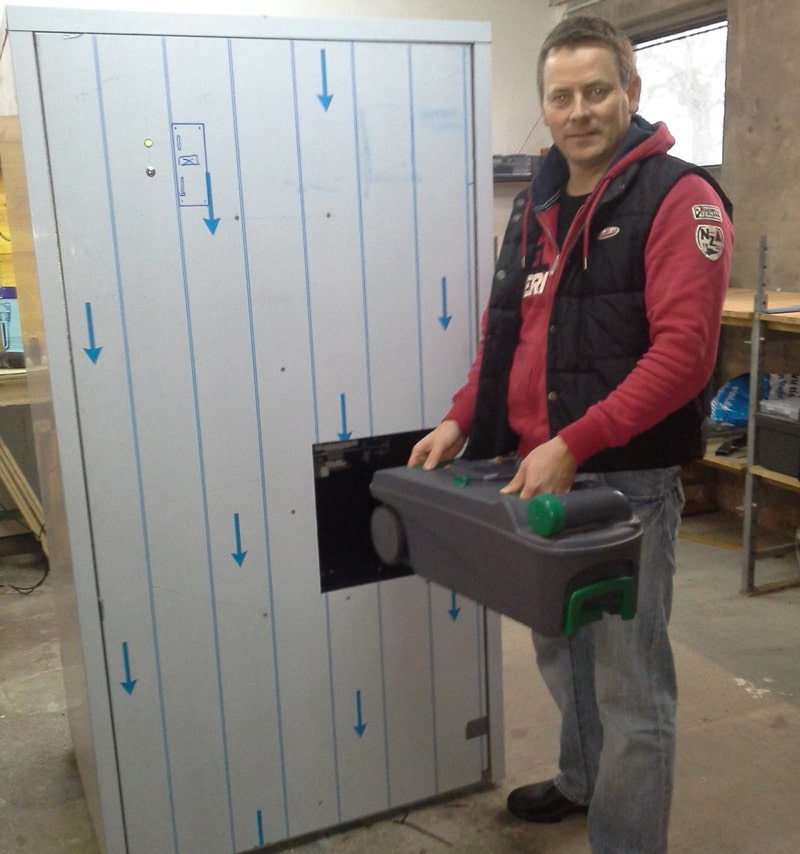 After a positive conclusion of the profitability analysis (“What may such a station at production and sales costs”) and first technical ideas, Peter Tebartz withdrew from the operational CamperClean activities for time reasons. Ralf Tebartz brought in Mark Butterweck for further technical development of the fully automatic Emptying and cleaning station on board. Both will develop the station over the next few years to market maturity. 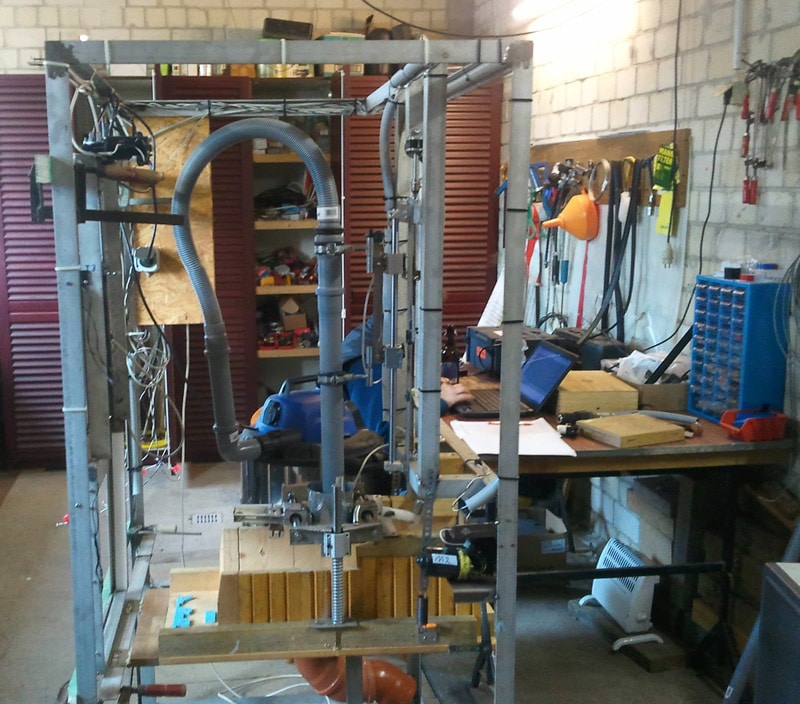 Ralf Tebartz and Mark Butterweck officially founded the company CamperClean
The company is based in Schermbeck, which is located between the Lower Rhine and the Westphalian Münsterland.
CamperClean applied for a patent in Germany for its concept, a fully automatic emptying and cleaning station.

As no sanitary additive met the planned ecological requirements, the company owners decided to have their own environmentally friendly product developed.

After a development phase of over 6 years, the first fully automatic CamperClean disposal station for chemical toilets was manufactured.
The first prototypes were installed on campsites in Wesel and Sonsbeck. A one-year test phase began. 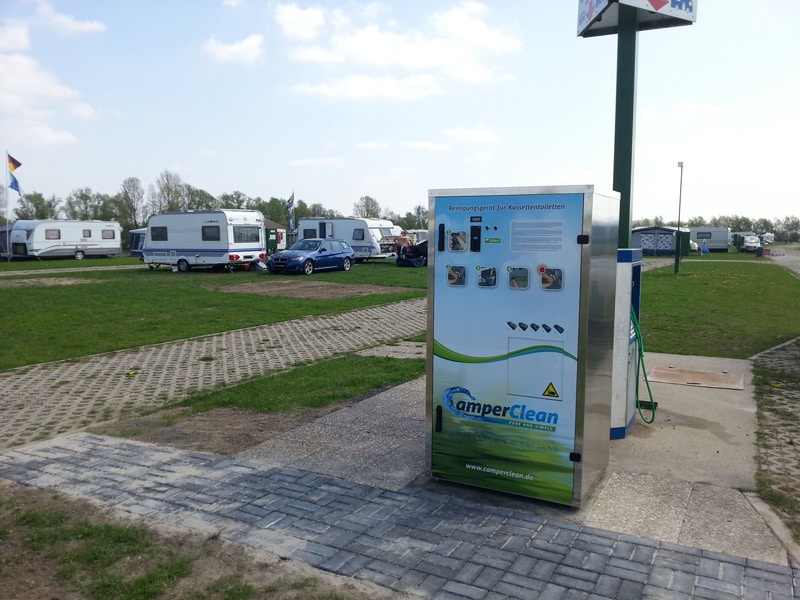 Completion of the test phase and establishment of further stations in Germany.
Almost 25 stations have been installed throughout Germany.
Official granting of the German patent for the fully automatic CamperClean emptying and cleaning station.
The ADAC became interested and awarded CamperClean, as the first manufacturer, the ADAC Camping Award, which is originally “reserved” for campsites.
Launch of CamperClean B.V. and installation of the first stations in the Netherlands. 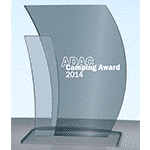 CamperClean expanded across Europe.
The commercial agency CamperClean d.o.o. has been founded in Croatia.
The Momek Group became CamperClean distributor in Norway.
CPES Limited became distributor for Great Britain and Ireland.
CamperClean established a commercial agency for the Iberian Peninsula (Spain and Portugal) with its headquarters in Monserrat near Valencia.
New customers have been acquired in Spain, the UK and Croatia.
Other locations followed in Denmark and Norway.
CamperClean is now represented in 7 countries with over 40 stations. 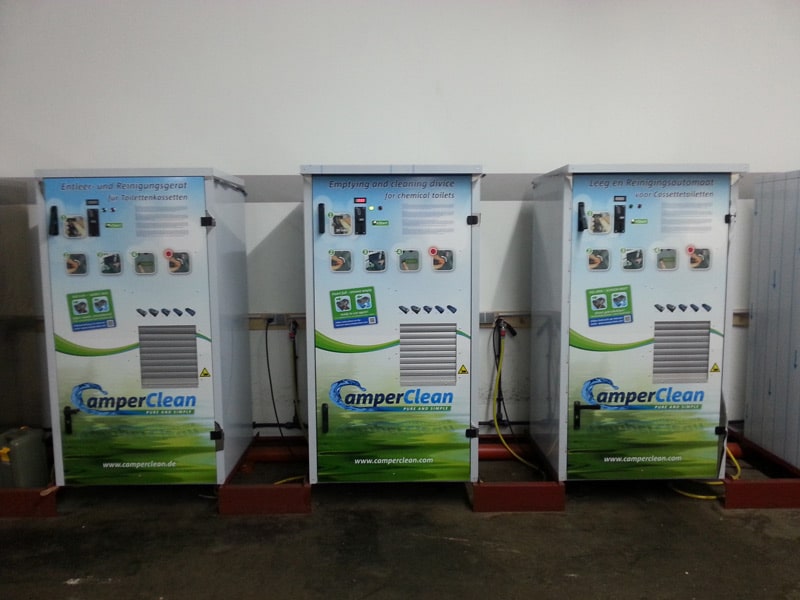 In January, CamperClean has won the CPES company as cooperation partners.
CPES (Caravan Park Electrical Services), founded in 1982, is the English market leader and develops and produces components such as power, water and supply columns for Germany and the European market on behalf of CamperClean.
This has meant that CamperClean is now, in addition to supply and disposal stations, also a full-range supplier for the basic equipment of campsites and caravan parks in the D-A-CH countries.
CamperClean established a commercial agency in Switzerland based in Wohlenschwil in the Swiss canton of Aargau.CamperClean started series production of its patented emptying and cleaning station.In the course of the year further locations in Germany, Spain, Great Britain and Croatia decided in favour of CamperClean.As a result CamperClean exceeded the 100 stations.
CamperClean has become a supporting member of ECO-Camping.

In February, the first customers in Switzerland, Austria and Italy decided in favour of CamperClean.
By the end of the year over 150 stations throughout Europe had been in operation.
The management of CamperClean has been expanded in line with the growing business areas.
Dipl.-Ing. Peter Tebartz joined the team as managing partner.

In March, Sweden became another country on the CamperClean European map.
More than 200 CamperClean emptying and cleaning stations have been installed in 13 countries across Europe at the start of the season.
CamperClean presented a world first in August – the disposal of faeces and grey water through an integrated fully automatic system.
From the well-known cleaning station as the basis, a drive-on grey water dumping point with flushing system for motorhomes of all sizes is now also centrally monitored and controlled fully automatically.
CamperClean has expanded its portfolio with the products “Vehicle barrier systems” and “Access systems for functional rooms (e.g. showers, washrooms etc.)”, “Check IN/OUT – terminals including complex accounting systems”. True to the motto; ALL FROM A SINGLE SOURCE;, CamperClean supplies all crafts and services related to camping.
By the end of the year, CamperClean had delivered and commissioned the complete equipment for the expansion of the “Natur Therme in Templin”, the “Therme in Bad Gögging” and the “Motorhome Park in Eutin”, as well as the “Motorhome Park in Bad Königshofen”.
The European association “Leading Campings” makes CamperClean a preferred (supply) partner.